The best surf camps in Panama

Adventure Family Fun Food & Drink Hot List Inspiration Lifestyle Mini Break Sports
With about 2,500 kilometers of coastline washed by 2 coastlines, the Caribbean Sea in the Atlantic Ocean to the east and the Pacific Ocean to the west, Panama has some of the best sites in all of Central America to surf at all levels and for all styles: breakpoints, ride waves, cross tunnels or save large developments in the water.

In Panama you can surf all year; It has numerous islands, Coiba, Jicaron, Cebaco, Las Perlas Archipelago; its numerous beaches are warm and heavenly and not full of tourists; It has some places declared World Heritage (the forts of Portobelo and San Lorenzo, the Darién National Park and the historic area of ​​Panama City, including the Bolivar Room); some parts of the Talamanca mountain range, on the border with Costa Rica, form the beautiful La Amistad National Park; and, possibly, it is the only country on the planet where you can surf with good waves in 2 oceans in just one day since they are barely separated by 80 kilometers.

Besides, Panama is one of the safest and most modern Central American countries, with good roads and highways, a fairly acceptable health system, reliable telephone, and Internet operators, cheap fish is still available for eating and mango grows like weeds around you; You can use the US dollar as legal tender. All this and the existence of good and comfortable surf camps on the best beaches, 1 or 2 hours from downtown Panama City, the capital of the country with an international airport, make Panama an ideal place for a surf trip. 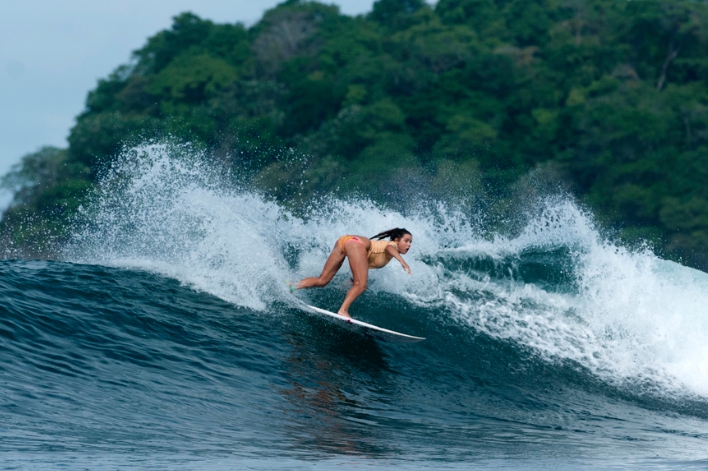 Therefore, so that you only have to enjoy surfing, Total Surfcamp has selected for you a list of the best surf camps in Panama, all of them included in our database, which has the largest offer of surf camps on the planet, because we are the first and largest directory of surf camps and surf schools on the Internet.

Some of the best surf camps in Panama
Among surfers, it is said that Panama has beaches for all levels and types of surfers: for those who like to break waves, for those who prefer to slide inside a large water pipe, for those who enjoy sailing on their board, for those who dare with pirouettes and short flights above the sea. It is known that Panama has more than 50 points to surf in comfort, without fuss or multitudes. It is said among surfers that the dry months, from December to March, are the best time in the Atlantic to enjoy surfing. It is known that in the Panamanian Pacific you can surf all year. It is said among surfers that Playa Venao and Playa Santa Catalina are the best and most popular beaches in Panama to live the surf culture. It is known, but it is not said more than in a low voice, that Panama as a surfing destination is a secret to discover.