Search for a company in Panama
Advertisment

Tell us what you're looking for...
Advertisment

Located in Central America, Panama, most of us associate with the famous Panama Canal. In addition, a traditional Panama hat, hand-made from the leaves of the Ecuadorian palm, as well as ships proudly waving the Panama flag (the country has the most registered vessels in the world), or the view of Skyline Panama City - a panorama of tall buildings against the sky in the capital of Panama with the same name. However, in order to fully get to know Panama, its history and culture, and mainly to see the unique nature, rich vegetation and the unique world of animals, we should visit this country at least once. Few people know that according to various surveys conducted on the inhabitants, Panama is one of the happiest places in the world! Panama is a strip of land with a width of 50 to 200 kilometers, which connects not only both Americas, and above all through the Panama Canal is a combination of two oceans, the Atlantic and the Pacific. 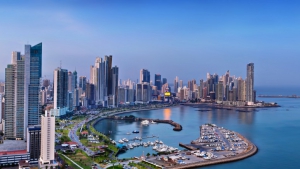 What you should know about Panama:

Panama has a lot to offer…don’t take too long, there is a great adventure waiting for you!