The road that approaches the zoo may be one of the worst roads in Panama but don't let that back you out. It is definitely worth it. Its recommended to use a 4x4 or park 1km from the zoo and walk.

Things to do in Panama - El Níspero Zoo

The center is one of the two captive amphibian breeding facilities in Panama. They are dedicated to amphibians in danger of extinction, as part of the largest Amphibian Rescue and Conservation Project in Panama.

It is located in the grounds of El Níspero Zoo in Panama. The center is the first Panamanian amphibian breeding center in danger of extinction. It was built as an emergency response to amphibian declines when the chytrid fungus arrived in El Valle de Anton in 2006.

The construction of the plant was funded by a consortium of partners and zoos run by the Houston Zoo. The collection was finally moved to the new building in 2007. Today, half of the facility is dedicated to captive breeding efforts, quarantine and treatment of amphibians and the other half of the facility is open to the public and exhibits species of amphibians native to Panama.

The central exhibition shows the golden frog, and is the only place where you can still see this important cultural icon and the national symbol for the conservation of wildlife in Panama.

Exhibition and Hours:
The exhibition has an extensive collection of native amphibians including the Panamanian golden frog. It is open from 9 AM-5PM daily, except Tuesday. It is closed on Tuesdays.

To get there: Follow the indications for El Nispero Zoo 1.5 kilometers by gravel roads from the main detour near the market on Avenida Principal,
El Valle Contact: El Níspero Zoo Telephone :. 983-6142 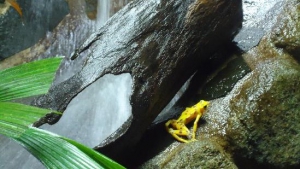 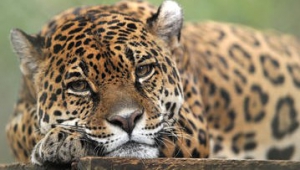 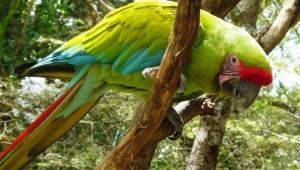 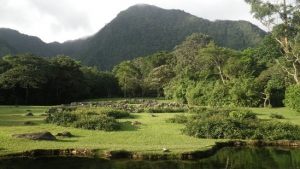 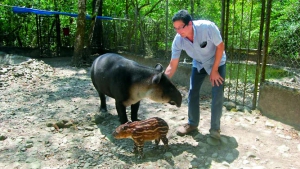 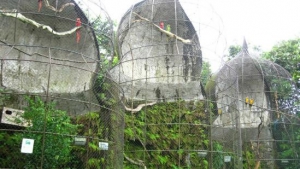