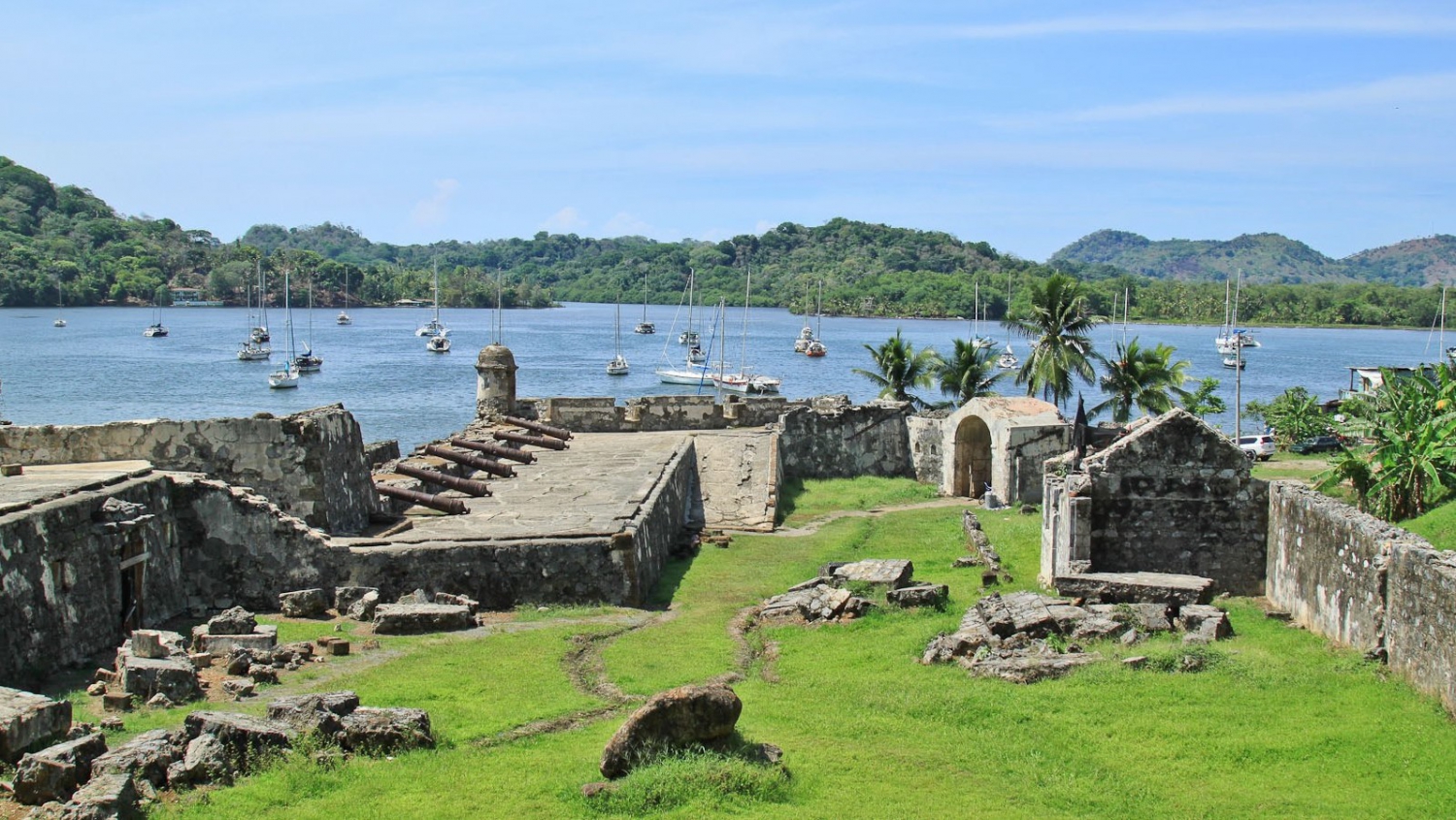 Things to do in Panama
Portobelo was named by Christopher Columbus on his 4th trip to the Americas in 1502 when he travelled this region. The name was derived from Porto Bello (beautiful port) and used by official founder of the city Francisco Velarde y Mercado in 1597.

Although nowadays it is a small fishing village, Portobelo was once one of Spain’s richest ports from the 16th to 18th century. All the gold and silver found in South America were brought to Portobelo for counting and registration purposes then to be re-exported to Europe. Due to this very same fact, this was an obvious target for pirates who wanted to steel the treasures and was indeed the cause of several attacks to the city. The Spanish built several forts around this area to protect the city and those, now in ruins, became a UNESCO World heritage site as of 1980.

Portobelo is located in Colon Province at 99km (62 miles) from Panama City and 43km (27 miles) from Colon City. The town is easily accessed by road and it is small enough to see it all by foot or water taxis. Its population is small and it is mainly African descendants from the slaves brought during the Panama Canal construction.

The most popular sites to see in this town are Bateria Santiago (Fort Santiago) which remains very well preserved with cannons, ramps and a sentry box and Fort San Jeronimo which is the best preserved fort originally built in 1664 but rebuilt with a slightly more modern design after the pirate attack in 1739 that destroyed it.

Other interesting places are Casa Fuerte Santiago, uphill from Bateria Santiago, which was used as a depository for ammunition and that overlooks the bay giving you a nice view, and Castillo Santiago de la Gloria built in 1600 and attacked twice by pirates. A bit uphill from this site you can also go to Mirador el Peru which offers a great view of Portobelo Bay.

If you still feel like seeing more forts, you can take a water taxi from Castillo Santiago de la Gloria to Fort San Fernado, although it doesn’t really look like a fort anymore because its rocks were taken and used during the Panama Canal construction.

It is also very interesting to visit the Customs House (Real Aduana de Portobelo), right next to Fort San Jeronimo, which once was the counting house of gold and silver. There is a small museum here (opens from 8 am to 4pm) but it does not come highly recommended.

Besides the forts, in Portobelo, you can also see one of the most popular churches in Panama – San Felipe Church. This church is known for having the Black Christ statue which is why one of the largest religious festivals in the country is held here every year on October 21st.

As mentioned, Portobelo is a port city and it is surrounded by the beautiful Caribbean sea. This area is also very popular between scuba divers because the surrounding waters offer 16 major dive sites including underwater attractions like a 110-ft cargo ship and a C-45 twin-engine plane.