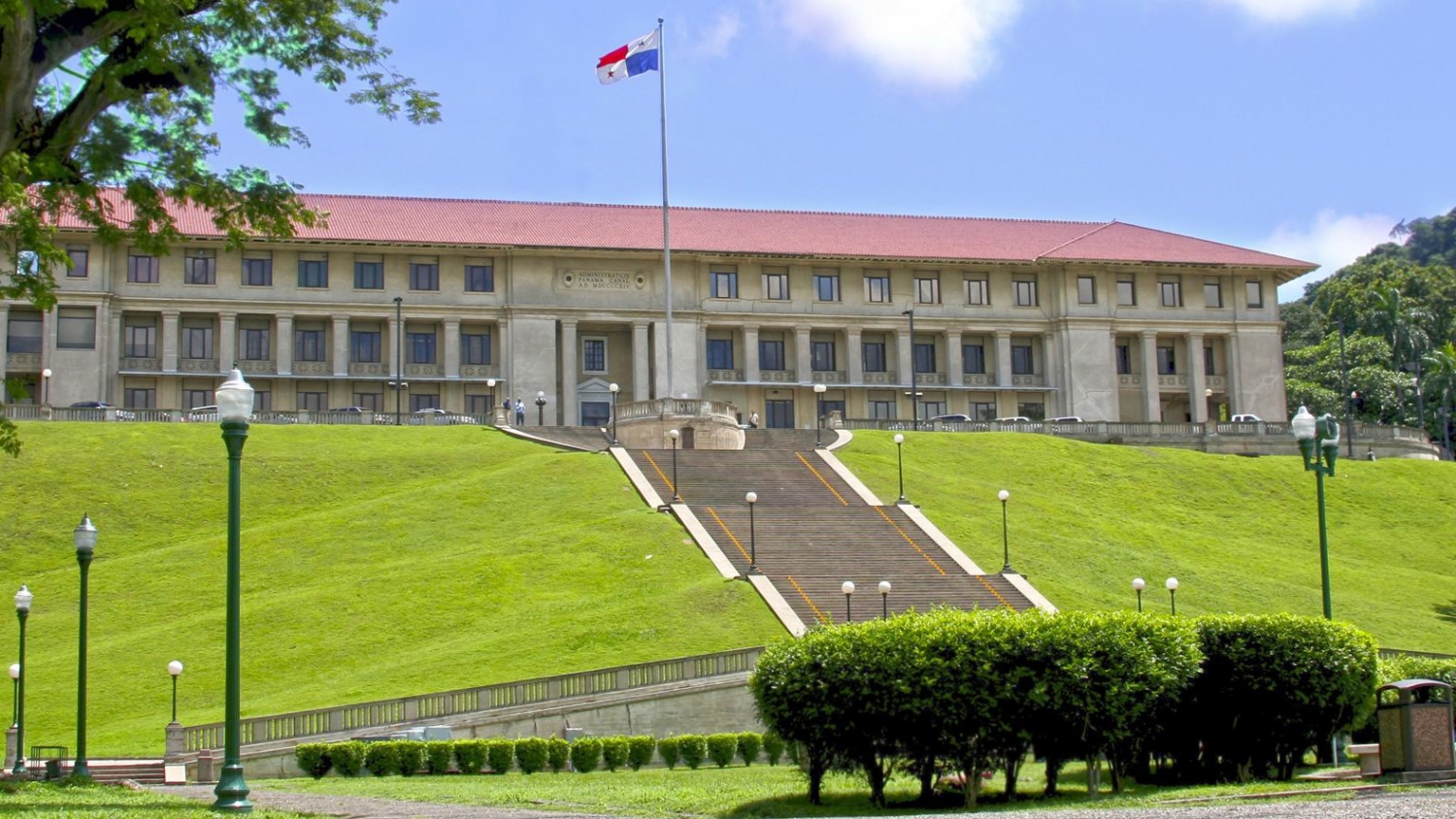 Things to do in Panama
The Panama Canal Administration Building was inaugurated on July 15, 1914, exactly a month before the official opening of the Panama Canal.

The building is located at the top of a hill in Balboa and overlooks Balboa town and port.

It is a very nice place to take pictures due to its picturesque landscape with a lot of trees, grass and a water fountain below the steps.

The local children also play there, sliding from the top of the hill using cardboard as sleds and if you dare to try it is quite fun.

However, the thing that captivates tourists the most about this landmark is the colorful murals that adorn the ceiling of the inner rotunda. The murals showcase the building of the Panama Canal in four scenes: the Gailllard cut excavation, the Gatun dam construction, the Miraflores Locks construction and the construction of one of the lock gates. These murals were painted by New Yorker William B. Van Ingen, who is also known for his murals in the U.S. Library of Congress, and the Philadelphia Mint.