Food & Drink Hot List Lifestyle Mini Break Parties
Today he is the chef-partner of 5inco Restaurant, one of the most influential and innovative places in terms of gastronomy in Panama City and throughout the region. Roberto Richa is currently one of the most avant-garde and innovative chefs thanks to his gastronomic fusion techniques that create a complex and harmonious variety of dishes that positively influence the growth of Panama's regional cuisine.

Although he has more than seventeen years of experience in the world of gastronomy, Roberto Richa feels that there was never a decisive moment that led him to decide on this path but that it was something that happened naturally since it was what he felt was consistent with his passions of life:


«Almost always you are guided by something that is not gastronomy until you realize that it is not what you want to do ... and one day you find yourself cooking for all your friends, family and then for other people who enjoy your meal and you enjoying what you do."


Being a descendant of Lebanese and Spanish, chef Roberto Richa's cuisine has many different influences both for family cooking and for what he has managed to know and experience throughout his life and who manages to integrate fantastically with local Panamanian products whose results cause surprise and fascination in all its guests. 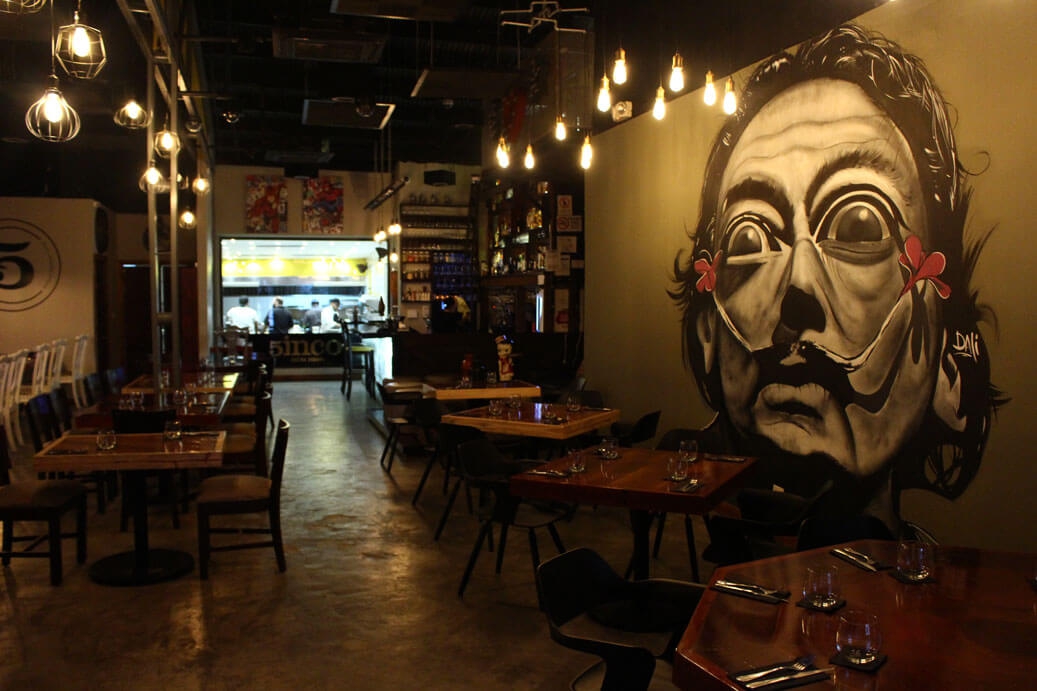 His "Sette", which is the word used to refer to grandmothers in the Lebanese language, was one of his main influences in terms of gastronomy. Roberto Richa's first childhood memories are evocations of the aromas and flavors produced by the different dishes that his grandmother made in the oven, as well as the textures and fragrances of one of the most emblematic dishes of Lebanese cuisine that his "Sette" was perfect: the taboule. Not only the delicacy and complexity of culinary traditions from Lebanon and Spain shaped Richa's palate.

Argentina, a territory that has a quite significant geographical and cultural diversity, hosted Roberto Richa for a long season and thus also influenced his culinary tastes and techniques quite strongly: 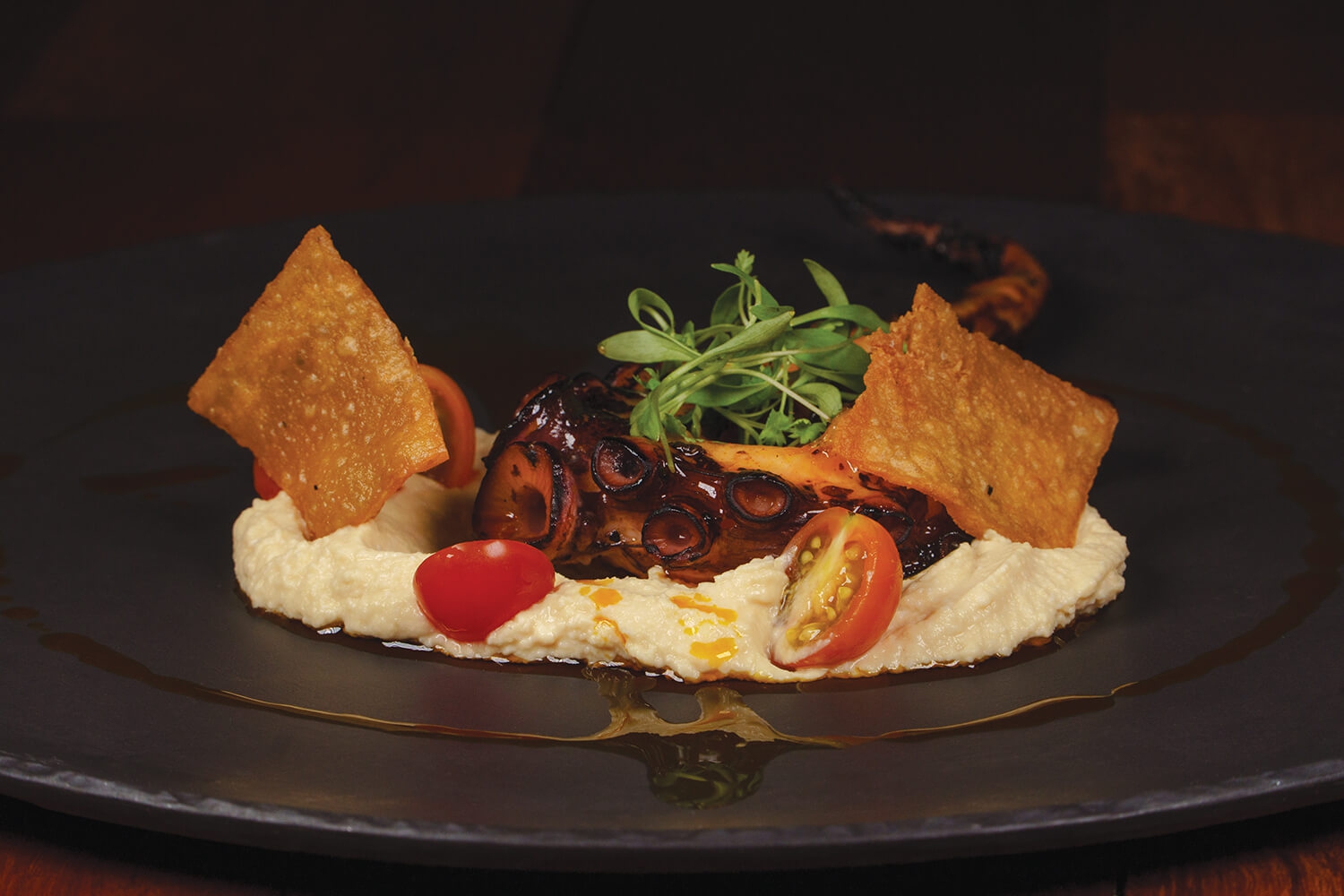 «The Argentine food is a kitchen without pretensions, of very few ingredients and condiments, however, that simplicity overturned it in some dishes. Other ingredients serve as inspiration to create fusions of dishes. And definitely in my day to day when preparing and eating meat, it is only with salt.
I really enjoy roasting, cooking everything on the grill. In 5inco we have some dishes such as the empanadas Argentinas, stuffed with entrails; the provolone, and different cuts to the grill. »

Among much experimentation and learning throughout his life and especially during his career as a chef, Roberto Richa knows of the capital importance that it has for anyone, to keep the taste buds always hungry for surprises and that is why his kitchen is always In constant innovation. 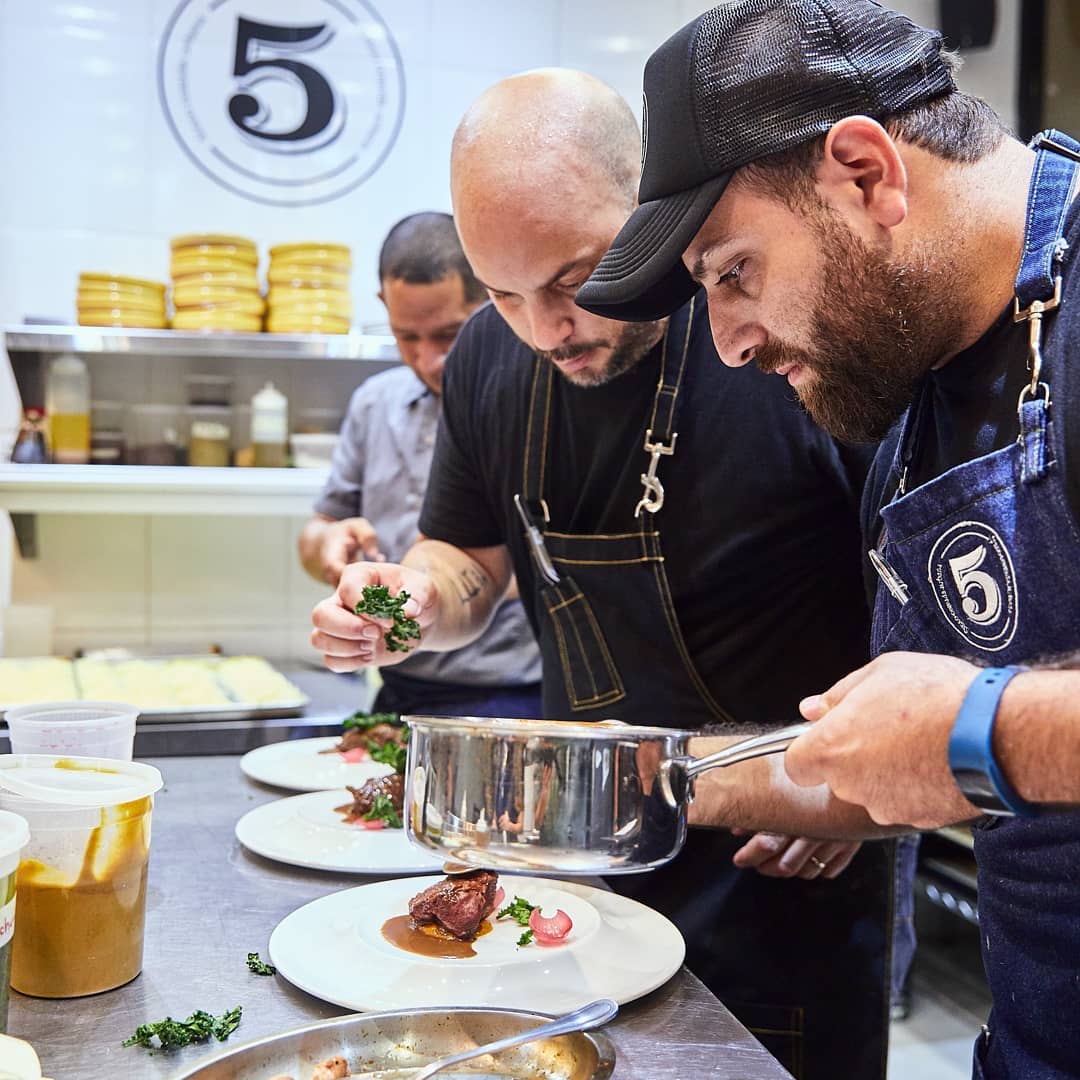 We asked the chef what are the most requested dishes at 5inco Restaurant and without hesitation he replied:

«Green ceviche, octopus, and pork rinds. I think that ceviche is something we have in our DNA. Try it differently attracts attention. The octopus is a mollusk that really likes it a lot. In 5inco we prepare it with a lot of love and we give it a fusion of flavors with hummus and replacing the olive with an infusion of table sausage oil. And well, chicharrón is chicharrón: we are all chubby with soul. »

The fusion of traditional flavors with foreign cooking techniques can defeat even the most reluctant palate to "get out of the traditional" as demonstrated by the 5/5 Restaurant emblem dessert: the guava volcano.

Since the chocolate volcano is a well-known element of the world confectionery, Roberto Richa decided to take a risk and give a twist to this dessert, using this tropical fruit as a substitute for chocolate.

His experimentation has been so successful that many customers who confess that they are not really fans of guava have listed this dessert as one of their favorites because of the incredible expertise with which Roberto Richa has managed to carry out this delicious and unique delicacy of pastry.

Always attentive to the comments and suggestions of the diners, in 5inco Restaurant not only they are responsible for creating unique and extraordinary combinations both in the cocktail bar and in the dishes, but there is also a constant invention of new creations from the local products that maintain The palate of the Panamanian and international public is waiting for the innovations that Roberto Richa's team has to offer.
Written by: Panama Local Expert
PUBLISHED: Mar 31st 2021